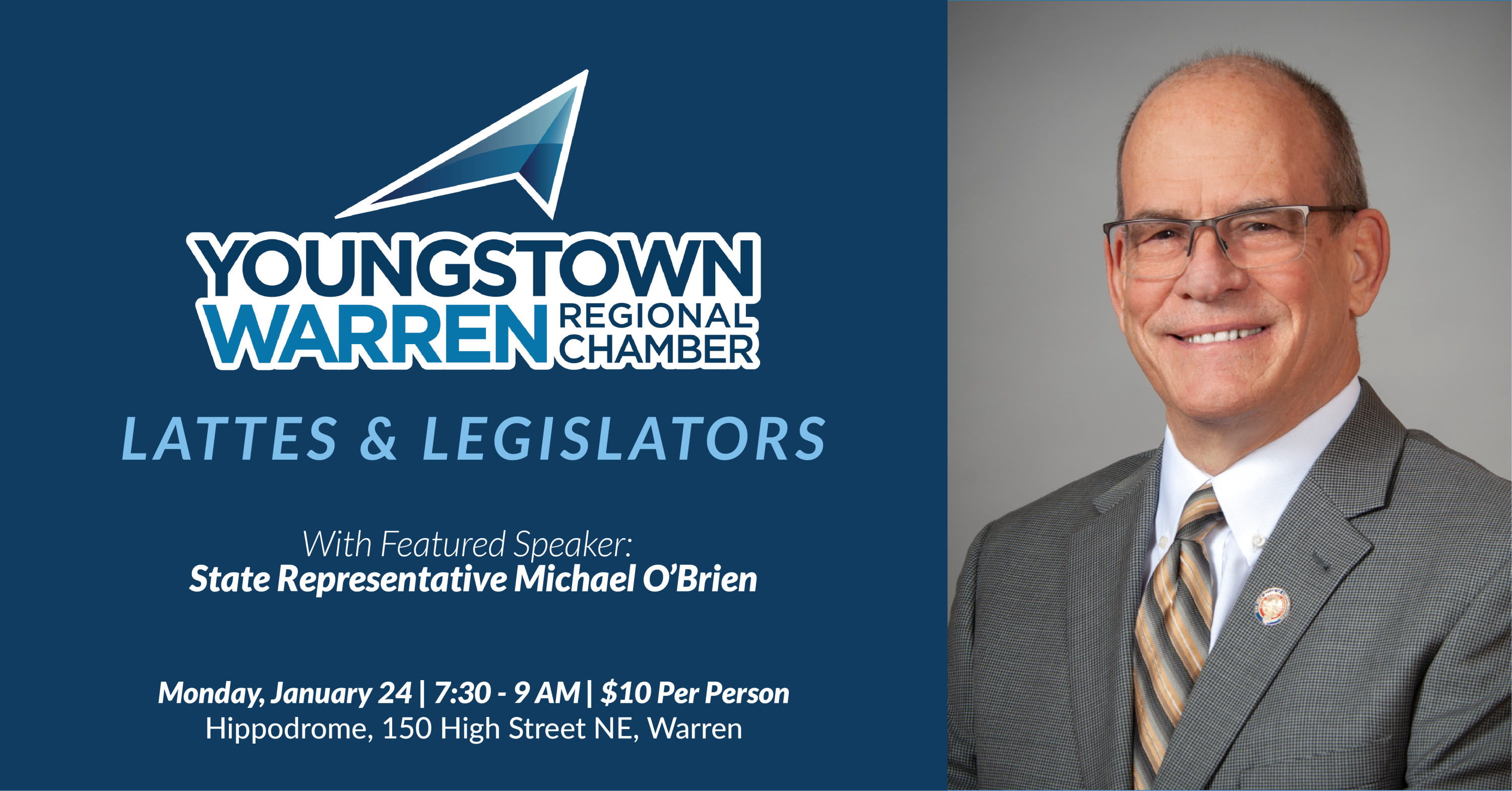 Michael O’Brien is serving his second term as State Representative in the 64th District.  He has a long and distinguished career in public service, first serving ten years as a Councilman in Warren.  He then won a seat as a Trumbull County Commissioner before running for Mayor of Warren, a seat he held for seven years before running for State Representative.  O’Brien also served on the Ohio Criminal Sentencing Commission under Governor Ted Strickland.

Representative O’Brien is a Warren JFK graduate and holds a degree from Youngstown State University.